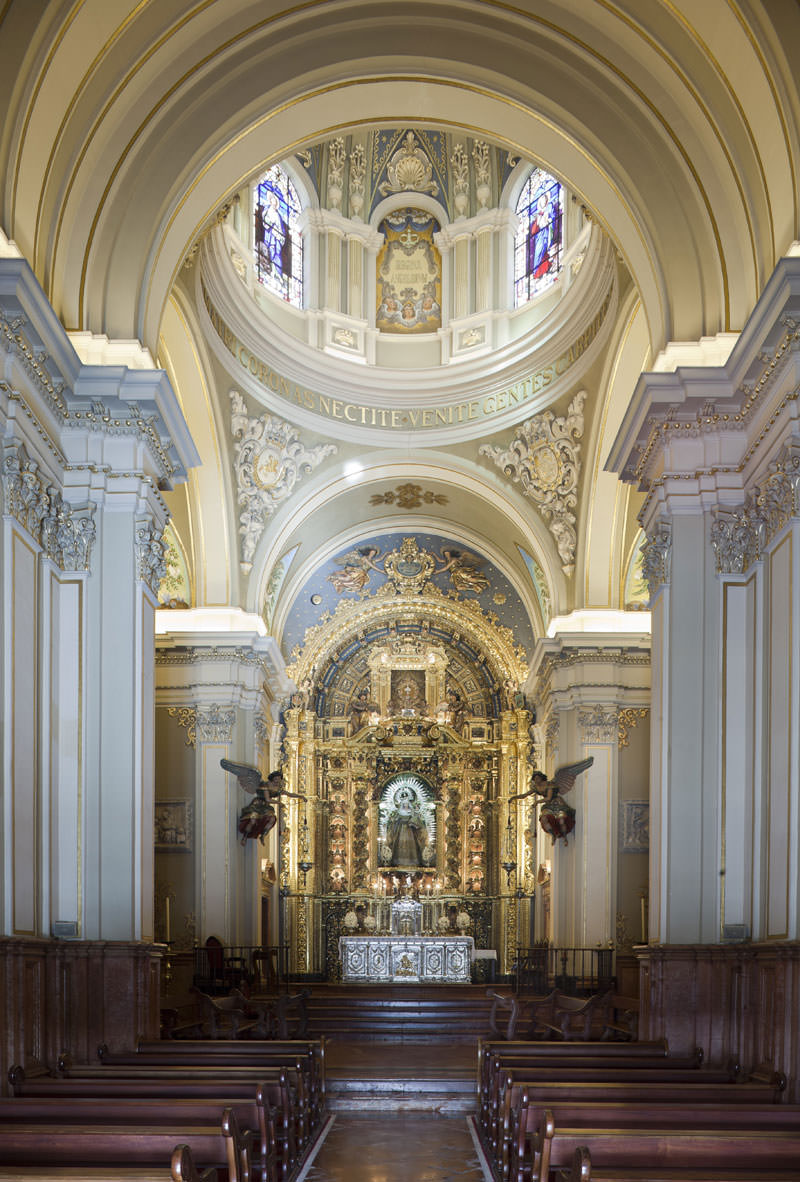 Interior of the Chapel of Our Lady of the Rosario.

The Real Maestranza de Caballería was dedicated to the Most Holy Virgen del Rosario, its Patron and Lady, whose statue with the Infant Jesus, the work of the sculptor Cristóbal Ramos, dominates the magnificent baroque altar of the Chapel of the Corporation.

Part II of the applicable Ordinances entitled ‘Concerning the patronage of, and obligation to, the Virgen del Rosario’ relates the importance of “carefully attending to adornment and decency in the worship of Our Patron”. On the feast day of the Virgen del Rosario, a Solemn Ceremony is held in this chapel, attended by members of the Corporation and their relatives.

The present Chapel of Nuestra Señora del Rosario, attached to the House of the Real Maestranza and inaugurated in 1956, was preceded by an earlier one that was built in the XVIIth century for the Real Maestranza de Caballería. That earlier chapel was situated inside the church of the former Convent of  Regina Angelorum. Inside it, the best artists of the city worked, such as the sculptors Dionisio de Ribas, who was responsible for the altarpiece, and Pedro Roldán. The latter was also the creator of the original railings, a beautiful example of the Sevillian grille, which can be found today in the Prince’s Gate of the bullring.

When the chapel was demolished in 1905, for town-planning reasons, everything that could be rescued from the building was collected and kept in the Corporation’s stores: altarpiece, statue, plasterwork, plinth and other items which would later be used in the present chapel.

Open occasionally for public worship, the Holy Mass being celebrated there every Sunday, the Chapel of the Real Maestranza is normally chosen by the Caballeros Maestrantes and their relatives for weddings and other liturgical proceedings.

The House of the Real Maestranza de Caballería, situated at number 12, Paseo de Cristóbal Colón, was built between 1927 and 1930. It is the work of the architect Aníbal González, who typifies the Andalusian style of the early XXth century.

It was built when the Hermano Mayor was H.M. King Alfonso XIII and his Deputy the Marqués de Alventos. It was decorated by the Conde de Bulnes, who took his inspiration essentially from the palaces of  Madrid and Aranjuez.

It is divided into two floors.  On the ground floor are the Teniente Hermano Mayor office, the two libraries and the chapel, and also the service areas.  On the upper floor are the Main Lounge, the Dining-Room and the Room of Mirrors, through which the Caballeros Maestrantes and their relatives have direct access to the bullring.

The headquarters of the Corporation houses part of the pictorial and sculptural collection of the Real Maestranza, noteworthy among which are the portraits of monarchs and members of the Royal Family, and of Hermanos Mayores and Tenientes de Hermano Mayor. Its carpets come from the Real Fábrica de Tapices and its chandeliers from La Granja.

As headquarters of the Real Maestranza, it hosts the corporate functions and the most solemn annual events: Governors’ and General Meetings, academic functions, cultural events, etc. 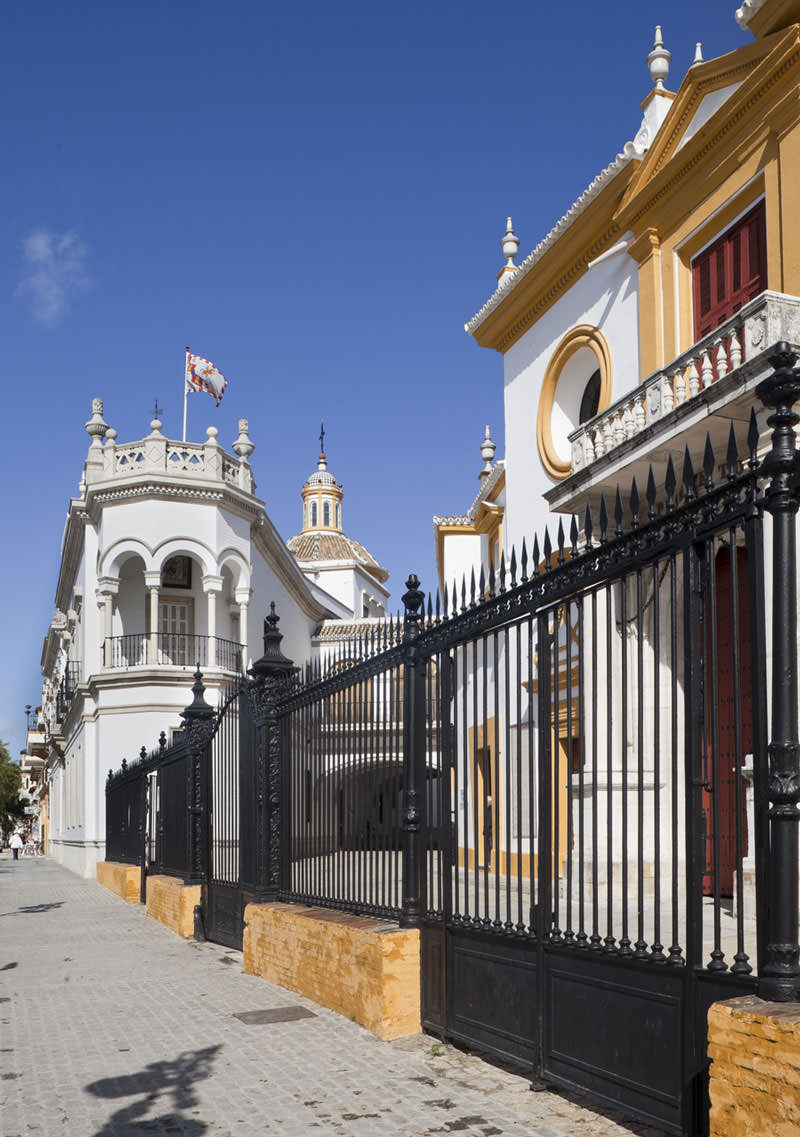 Building of the House of the Real Maestranza, adjacent to its Bullring.