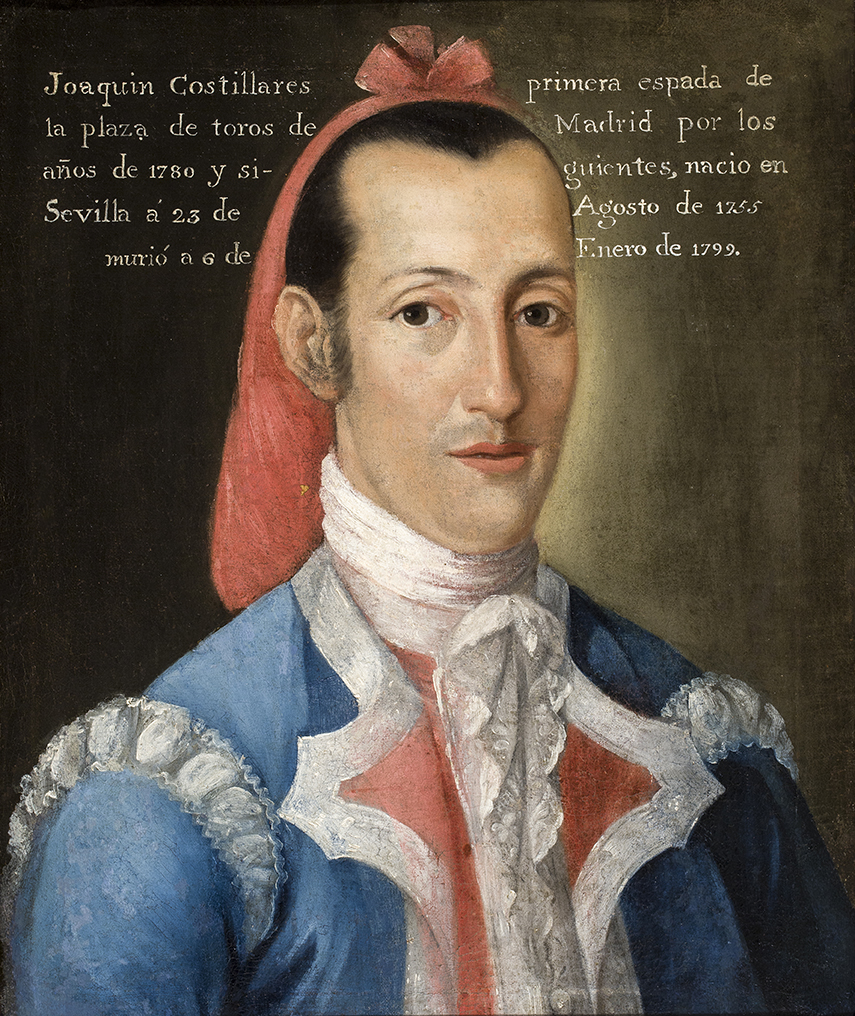 He was born in the working-class district of San Bernardo, the cradle of many bullfighters. His parents were employed in the matadero, one of the origins of bullfighting on foot, and it was there that he gained experience of livestock. According to some testimonies, he was tall, well formed, brown, spirited, violent and irascible. He received the alternativa when he was twenty.

His rivalry with Pedro Romero, the great bullfighter from Ronda, began in 1775. Costillares was the one preferred by the upper classes, and Romero was the favourite of the common townspeople. In the decade from 1780 to 1790, Costillares consolidated his status.

Costillares has great importance in the history of tauromachy. He did not limit himself to the passes typical of the matador, but applied himself to perfect the banderillas pass and to improve the spear pass so as to defend the horses better. He extended the play with the cape in a way which still has an influence today, and with the muleta he displayed a quality which put previous matadors in the shade. His qualities began to drive a wedge between what could be a barbaric festival and something more akin to an art. His rivalry with Pedro Romero inaugurated the competition between the two oldest schools of bullfighting, that of Seville and that of Ronda. 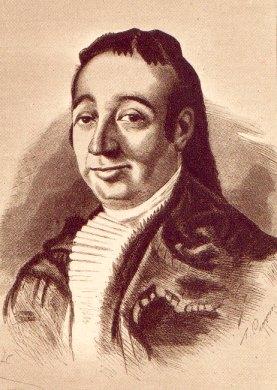 It seems that he was born in 1754, in the district of the Baratillo in Seville, near the bullring. He started work as a shoemaker, but soon abandoned that trade to become a bullfighter. He learned in the best possible school, the cages of the abattoir. It was there that he met his maestro, Costillares, who noticed him because of his bravery, and became his protector.

Together with the team of his maestro, he appeared officially in the bullfights of Cordoba in 1770. His first meeting with Pedro Romero, his great rival, took place in Cadiz, and was the prologue to a competition which became one of the most famous in the history of bullfighting, continuing that between Romero and his maestro Costillares.

Agility, bravery and grace were his virtues. He was arrogant and boastful, brave to the highest degree, and was severely punished by the bulls, receiving serious gorings. He became the idol of all the classes. Everyone sought his company. In 1796, with the help of his friend José de la Tixera, he published La Tauromaquia o Arte de Torear. In 1799, Pedro Romero retired from the bullrings, and he remained alone at the height of popularity. On 11 May,1801, a bull called Barbudo, from the herd of Peñaranda de Bracamonte, ended his life in Madrid. This occurrence caused great consternation all over Spain, and provoked a wave of anti-bullfighting expression. Francisco de Goya himself reflected the tragedy in one of the engravings in his Tauromaquia. 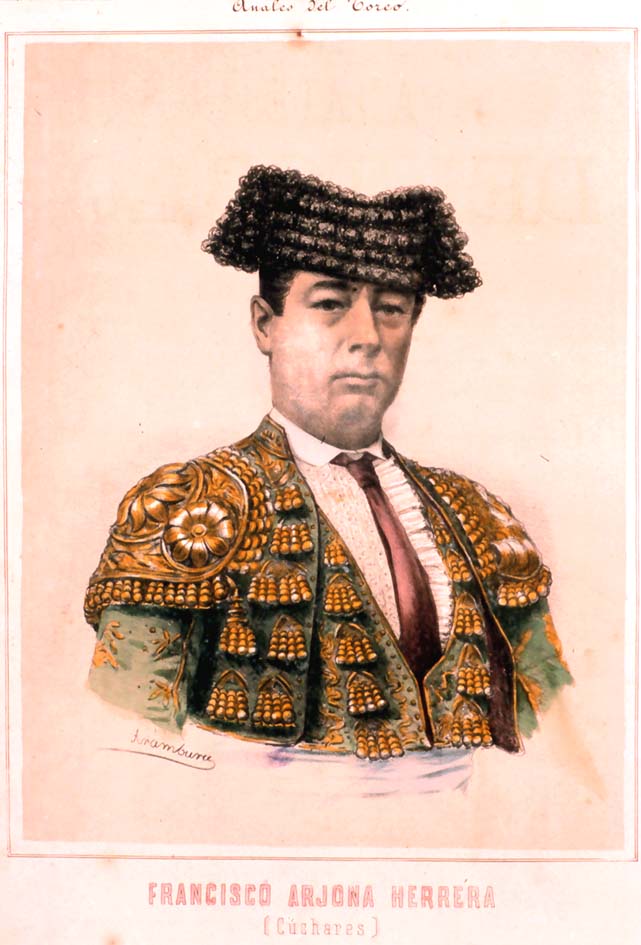 Bullfighting is still called the Art of Cúchares. This bullfighter was born in Madrid, in a Sevillian family, and soon after his birth was taken to Seville, where his father had a position in the matadero. It was in that environment that his interest developed. In 1831, through his mother’s intervention, he obtained a place in the recently-created School of Bullfighting of Seville, which was managed by Pedro Romero. Subsequently he was noticed by the bullfighter Juan León, who took him under his wing and made him the spoilt child of his team.  In 1837 he appeared in Madrid, and in 1841 he was already earning as much as Montes, who was the leading figure of that period. It was the year of his recognition. In 1845 there began another of the historic rivalries which have nourished the bullfighting scene, that between Cúchares and El Chiclanero.

In 1868 he decided to travel to Cuba, on receiving a juicy offer in return for fighting there. In the Caribbean, he was attacked by a local disease which caused his death.  His remains, buried in Havana, were later transferred to Seville, and have reposed since then in a niche in the parish church of his district of San Bernardo. 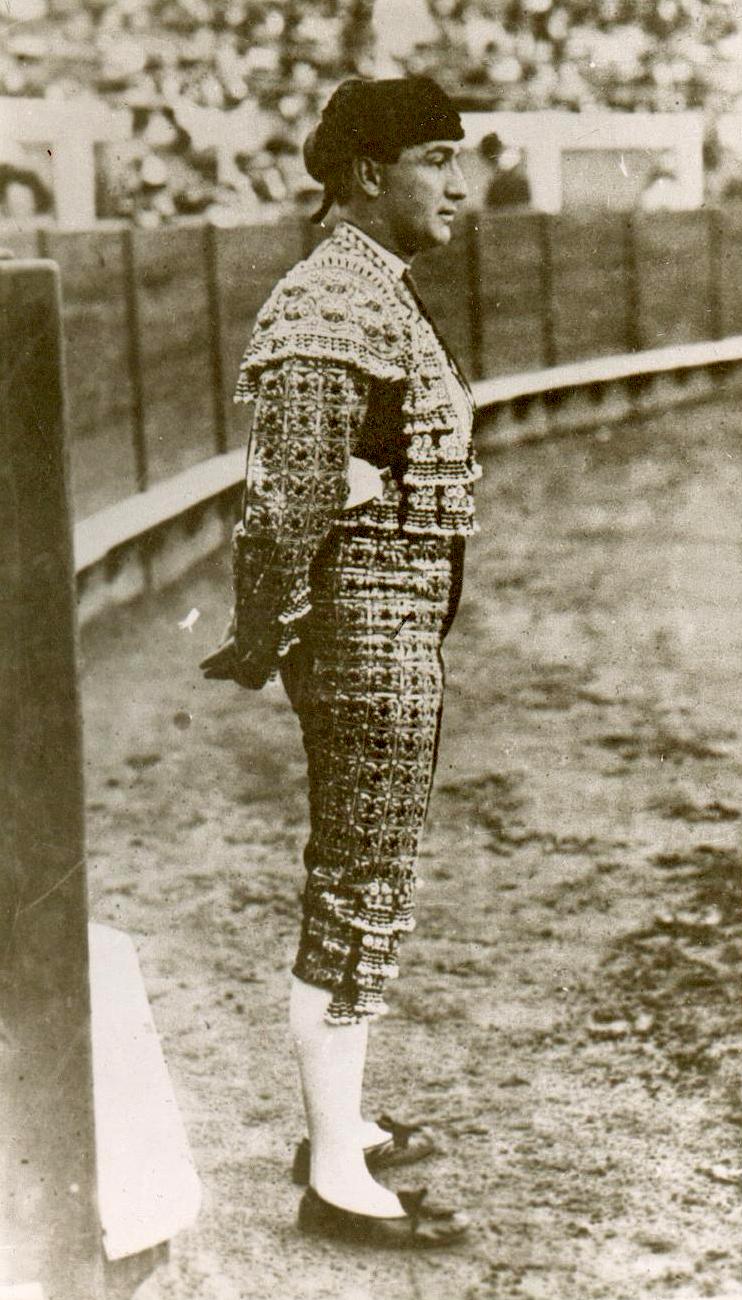 A bullfighter touched by grace, a pinnacle figure in bullfighting, and, together with Juan Belmonte, a pillar of the so-called Golden Age of bullfighting. He was born in the bosom of a family of bullfighters, the Gallos. He put on the bullfighter’s costume for the first time before he was thirteen, in a becerrada in Jerez de la Frontera. He received the alternativa in Seville in 1912, from his elder brother, Rafael el Gallo. His first bullfighting rival was Ricardo Torres Bombita. On the retirement of the latter, the figure of Juan Belmonte emerged, with whom he kept up a friendly and intense rivalry which revolutionized the world of bullfighting, but which came to a sudden end when, on 16 May, 1920, a bull called Bailador killed him in the bullring of Talavera de la Reina. His death shook the whole country. His remains rest in the cemetery of Seville, next to the impressive funereal monument sculpted by Mariano Benlliure. 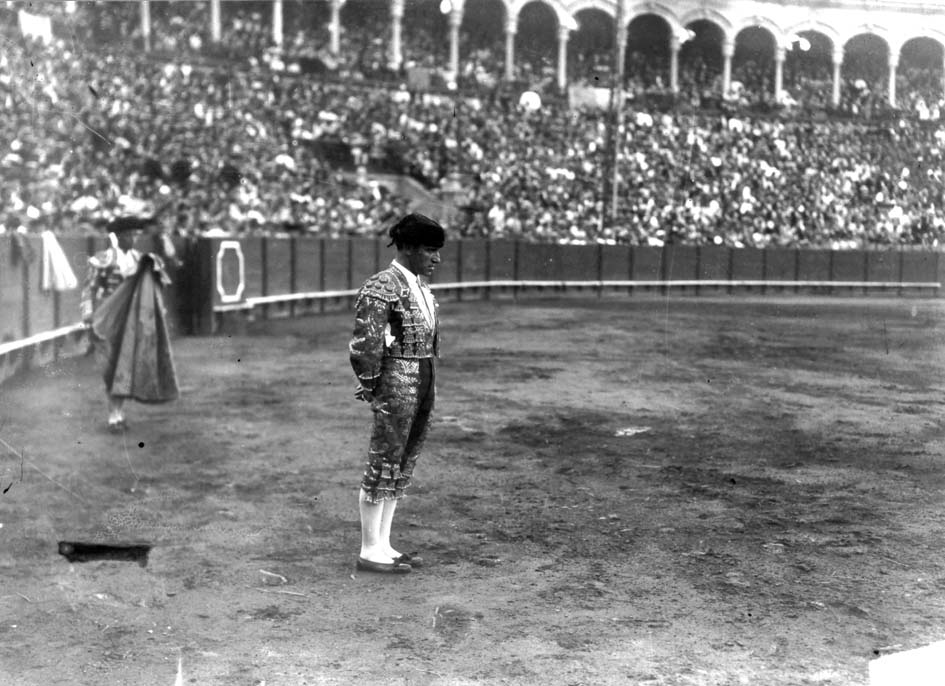 It has been said that with him, there was a before and an after in the art of tauromachy. His motto: “parar, templar y mandar” is now the artistic principle which governs bullfighting performances in a bullring. A legendary scene is included in his biography, describing how, as a child, he crossed a river to fight a bull on the other side, by moonlight. He appeared in Seville in a summer bullfight in 1910. He received the alternativa in Madrid on 16 October, 1913. In 1915 his competition with Joselito , to whom he was close because of their mutual admiration, began in earnest. The premature death of his rival affected him deeply.

Belmonte was a man full of curiosity, who travelled with a trunk full of books, and always sought the company of artists and intellectuals. His mastery was unquestionable. In its issue of 5 January, 1925, the magazine ‘Time’ dedicated its front cover to him. The journalist Chaves Nogales wrote his biography, which is regarded as one of the best literary works on tauromachy. He retired and reappeared three times, until his definitive retirement, when he devoted himself to stockbreeding and working in the fields. In his ranch of Gómez Cardeñas, just before his seventieth birthday, he took his own life. His remains lie very near to the tomb of his great friend and rival, Joselito. 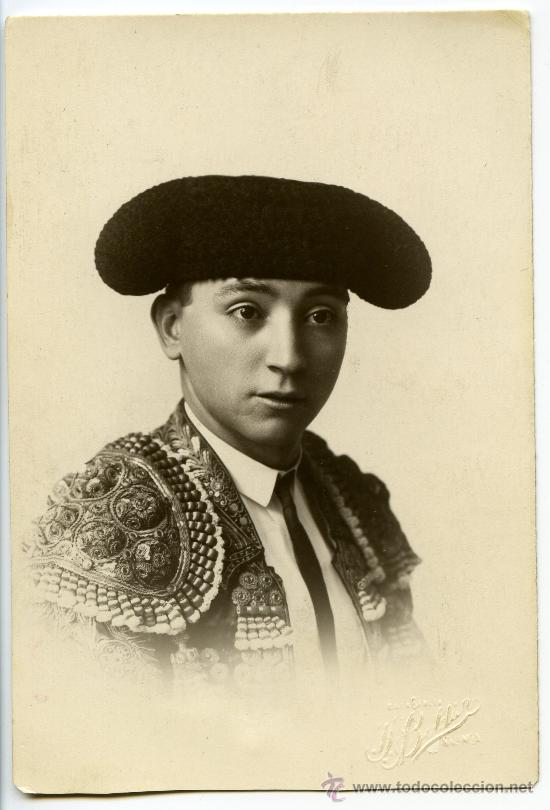 The son of a bullfighter, he was born in Triana and was orphaned at the age of five. He went to live with one of his aunts, who was married to Eduardo Borrego Zocato, a banderillero who initiated him in the bullfighting art. At the age of ten he enrolled in the Bullfighting School of Seville. He began as a novillero when he was seventeen, in Salamanca, and received the alternativa in Seville in 1919, his godfather being Juan Belmonte.

He provided a clear example of the Sevillian school, a form of bullfighting that was full of grace and purity. With his feet placed together, he was able to execute several consecutive naturales, something which was not very usual at that time. With the cape, he achieved brilliant performances. He popularized the so-called chicuelina, an attractive move in which the body is wrapped in the cape, and which is currently one of the most frequently executed moves, together with the verónica. He was the highest-ranked matador in the nineteen twenties, and the very popular in Mexico. Married to the ballerina Dora la Cordobesita, whose portrait was painted by Romero de Torres, he retired in 1951. 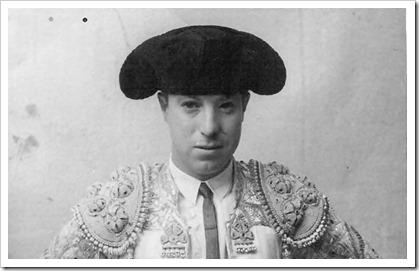 Known as Pepe Luis Vázquez, he was a discreet man, and a bullfighter who was refined because of his purity and classicism, the bullfighter of bullfighters. Born in the district of San Bernardo, like so many others he escaped to the abattoir as an adolescent, to spear bulls who were going to be slaughtered. “It was like an unofficial bullfighting school”, he said once. He received the alternativa at the Maestranza in 1940. In the two following years he was placed at the top of the ranking, but in 1943 he received a goring in the face while performing in Santander. He shared the billing with Manolete in more than one hundred bullfights. He retired in 1953, and reappeared briefly in 1959. A brother and a father of bullfighters, he became famous for provoking the bulls with the muleta folded, in what became known as the cartucho de pescado. In 1988 he was awarded the Gold Medal of Merit in the Bellas Artes. He is considered as one of the ten greatest bullfighters of the XXth century.